While thinking of how precisely I would like to start writing on the newly founded English section, I couldn’t think of a better way than writing about a project that encapsulates current trends and is receiving attention from various communities. I’m talking about DeFi Kingdoms, a project on a (currently) rather unpopular L1, Harmony. However, one could argue that this is exactly the reason for its momentum and the traction it gained because if the throne’s empty, then it’s there for the taking. Let’s jump into it.

“DeFi Kingdoms aims to be a whole ecosystem of features that includes the JEWEL token, the DEX, the Gardens, and our NFT assets (Heroes, Equipment, and Kingdoms), as well as the game activities that can be performed with those NFTs.”

… this is how the team behind DFK describes the project. Although it may sound kind of vague, we’ll dive in deeper and see the synergies between those things.

Firstly, i would like to mention that the ongoing trend of the Metaverse (where we’ve seen billions of dollars of funds injected in numerous projects) and context of the crypto market (initiation of users into decentralized finance and the continuation of incentives on most chains) are important catalysts for DFK’s explosive growth.

At first, DFK capitalized on the fact that there was no main DEX on the Harmony chain and it quickly attracted users because of its appearance, similar to older 8-bit graphics games and background music. Furthermore, the project features a minimap with clickable locations, each leading to usual DEX features such as liquidity pools (Gardens), swapping (Marketplace), staking (Bank) or a bridge (Docks):

Used for purchasing items, buffs and more importantly Heroes, JEWEL is also used in staking and as a common pair in the farms at the Gardens. Furthermore, it also acts as a governance token and is hard capped at 500 million tokens, with a current total supply of 321 million tokens and 62 million in circulation. Even though the token has seen massive growth in the last couple of weeks, the APRs in the garden are still very high at 4-500% depending on the pair you choose (I really recommend anyone interested in DeFi to take a look at their farms as I consider the pairs to be good, most of them including a popular Layer 1 token). Keep in mind, however, that there are harsh fees for early exiters so make a good plan and act on it.

On the subject of farming, it’s important to mention that part of the rewards is vested with the unlocking schedule as following: 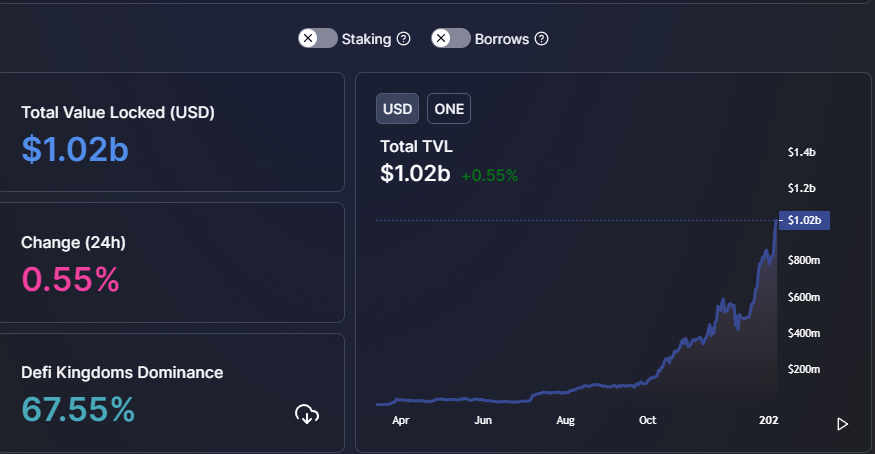 What about the Heroes?

Walking around the gamified DEX, the pixelated characters not only act as NPCs but can also be bought or summoned. They are playable characters, each with its own set of attributes (lovely for the RPG fans, such as myself).

They possess different health points, mana points and stamina as well as a rarity. Each one has a primary and a secondary class that assists them in quests and a number of summons which is the ability to create more heroes.

But what can you do with heroes?

If you own a hero, you can do the following:

Currently, not all functionalities are available and soon players will be able to:

These all sound great, and all of us probably heard or read similarly ambitious projects. What’s the difference between DFK and them? Why is this not just another play to earn game that will quickly fade after which we’ll be left with nothing?

So far, the team has been excellent in shipping updates, taking their time when more work was needed and not rushing just to get the product out. They are very active in their discord (which I recommend you join) and are good at communicating and addressing problems within the tightly-knit community.

Not only is the community strong, the project also has strong support from big influencers such as Satsdart, Ansem, God of Coins and DFKDAO, the main guild composed of dedicated players. (although this is not necessarily good news, make of this information what you will).

Crystalvale and the expansion to Avalanche

The core team is already working on expanding the project to other chains, this being the main catalyst for $JEWELs price growth recently. There are incentives for existing users and an airdrop for people that take part in owning heroes, providing liquidity, staking or using bridged LP tokens from Avalanche to Harmony.

The expansion will be called Crystalvale and will feature a new token, $CRYSTAL, that will act the same as $JEWEL on Harmony.

I personally think that everyone is looking forward to this expansion because people who aren’t comfortable bridging to other chains will now be able to play. Furthermore, the TVL on Avalanche far exceeds Harmony’s, so there is a large chance that new, considerably more capital will be flowing into the project.

I don’t own any Heroes in DFK, but I am holding, staking and farming $JEWEL and waiting for $CRYSTAL. At the moment it’s my only bet on GameFi and I’m looking forward to seeing new functionalities implemented and how the initial roadmap will unfold.

As a bonus, I’ll leave a useful tracker for DFK, one that calculates IL in the gardens, counts staking, portfolio value and Heroes:

First off, a little about DAOs, but not the usual definitions. The reason why DAOs and implicitly DAO communites are so much more than a…

In crypto markets, every day we are all bombarded with information and we constantly have to make hard choices, since we have limited capital, time…

Hi, one of our clever boys within the community decided to help reach out to level 7 on Discord, thank you @Mtk for your initiative.…

Following the huge run the NFTs had in 2021, with most of the focus being on visual art and collectibles, there is a tendency to…

Hello! In today’s article, as you can see in the title, I’m going to delve a little deeper into spending, specifically cutting back on less…

Please confirm you want to block this member.

You will no longer be able to:

Please note: This action will also remove this member from your connections and send a report to the site admin. Please allow a few minutes for this process to complete.

You have already reported this
Clear Clear All